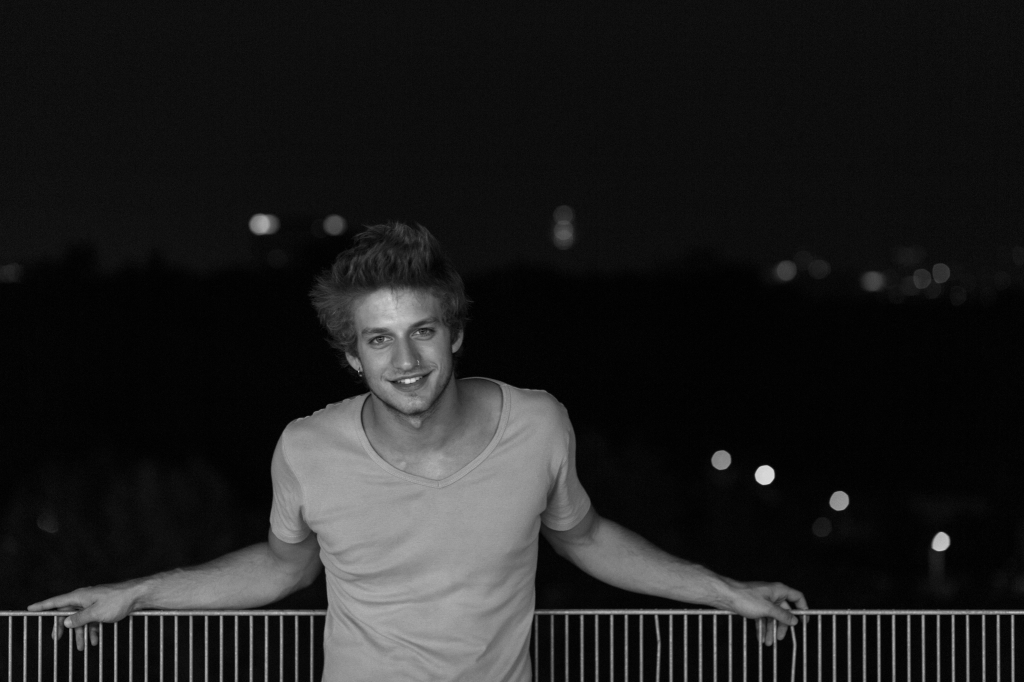 We tracked down the young vienna based artist Silvius Sonvilla ahead of the release of his debut EP “Rücklicht” (Available to buy from 30.10.2013) and found out his love of a nice glass of milk, how he has never EVER bought an album and why socks are his favourite piece of clothing. Silvius Sonvilla will be celebrating the EP release with a gig in B72, also on 30.10.2013.

Beer or spritzer? A glass of milk will also do the trick.

Hollywood blockbuster or low budget independent? Difficult decision. I’m not enough into films in general to be aware of what’s going on (especially indie productions) and those films that I’m unintentionally aware of are mostly Hollywood productions and they seem pretty shitty. So no clear answer from my side.

If there was one album you could have made or been a part of apart from your own, what would it be? The National – Boxer. Enough said.

Your celebrity crush is……… Female crush: Sabine Timoteo (german actress, not that much of a classic celebrity but I choose her anyway). Male crush: Ewan McGregor? Guillaume Canet? both.

If you were stuck on an island, which celebrity, which book, which film and which album would you HATE to have with you?

Album: something like “high school musical soundtrack”. That would be quite terrible.

Film: “Zeiten ändern dich“. The bushido movie… (SIM: We didn’t know Bushido made a film, but our shit-film-o-meter is off the scale after watching the trailer)

Book: Any book in chinese since i don’t speak the language

Describe your music in less than 5 words……. I seriously can’t. that’s three words

Sylvester Stallone or Arnold Schwarzenegger? Who is the undisputed action hero? Stallone in movies. As a person definitely good old Arnie.

Your guilty pleasure (musically) is… “Someone New” by Eskobar feat Heather Nova. Their music video must be one of the biggest costume and make up design fails in music video history, but leaving that aside, the tune is immensely catchy.

What is currently on your mp3 player/cd player/ record player? “Jamelia” by Caribou.

The first album you ever bought was……. This might sound hard to believe, but i dont think i have ever bought an album. No joke. Does that make me uncool? (SIM – uncool would have been telling us that you have only ever bought one album, and that it was a collection of Susan Boyle covers recorded by One Direction, so you can remain in our cool section, for now)

A word you use far too often….. “voll”. “extrem”. “irgendwie”.  I should concentrate on getting rid of those words.

Stagediving – good idea or downright dangerous? I think it will still take a long time until I will be confronted with the actual possibility of stagediving, if ever. So no point thinking about it now. (SIM – Silvius will be playing at B72 on Wednesday if you want to try and test his resolve on this one)

Lady Gaga or Miley Cyrus – If you had to choose one… After seeing the video of “Wrecking Ball” by Miley Cyrus, I’ll go with the other crazy woman.

Game of thrones or Breaking Bad? Never seen Breaking Bad. But Game of Thrones was awesome in a weird and very booby way. I was quite fascinated by seeing a man’s penis twice in an american tv series. So big up for that.

Your favourite piece of clothing is…… Socks. Just because I’m so happy when I can find some. (SIM – Socks really are horrible little buggers sometimes)

What can we expect from Silvius Sonvilla in 2014? What is in the pipeline? Do have any other gigs or a tour planned?

So far we have planned an album; production will probably start in a couple of months. A tour is planned for spring 2014 with my two awesome live musicians, who will also be my band for the EP release gig. I’m already deeply in musical love with them and we are working ridiculously hard to become a live-act worth watching.

Silvius Sonvilla will be celebrating the release of the “Rücklicht EP” on Wednesday night in B72 (30.10.2013), entry costs €5 which is a bargain if you ask us.