There are a few difficult decisions to make this week, choose wisely.

This one pretty much goes without saying. If you are into local music, then this is where you should be heading. Just write it in your calender – Club Nolabel, once a month, B72. This time around are Solar Manoeuvre, Mountains lead Nowhere and Small Moments

THE TWENTIETH CENTURY will be playing at Rhiz on Tuesday night as well. The experimental duo from Vienna made up of cellist Lukas Lauermann ( Soap & Skin, A Life, A Song, A Cigarette, mimu, Alp Bora Quartet) and guitarist Pieter Gabriel (Sleep Sleep) will be playing some tunes ahead of the release of their debut album in April on mosz.

There are a number of very good bands playing on Thursday night, it is like waiting for a bus. You wait for ages and then three come along at once!

Teenbeat Club turns 7!! on Thursday and to celebrate they are bringing the brilliant Brooklyn based Crystal Stilts back to Vienna for a good old party bash. Good music, good drinks and some Teenbeat birthday goodies guaranteed. We had a chat with the man behind it Markus Gratzl about some of the best, strangest and most interesting things that have happened in 7 years.

dan le sac vc Scroobius Pip will be taking over Brut on Thursday night as well if you’re looking for something a little less bloody. 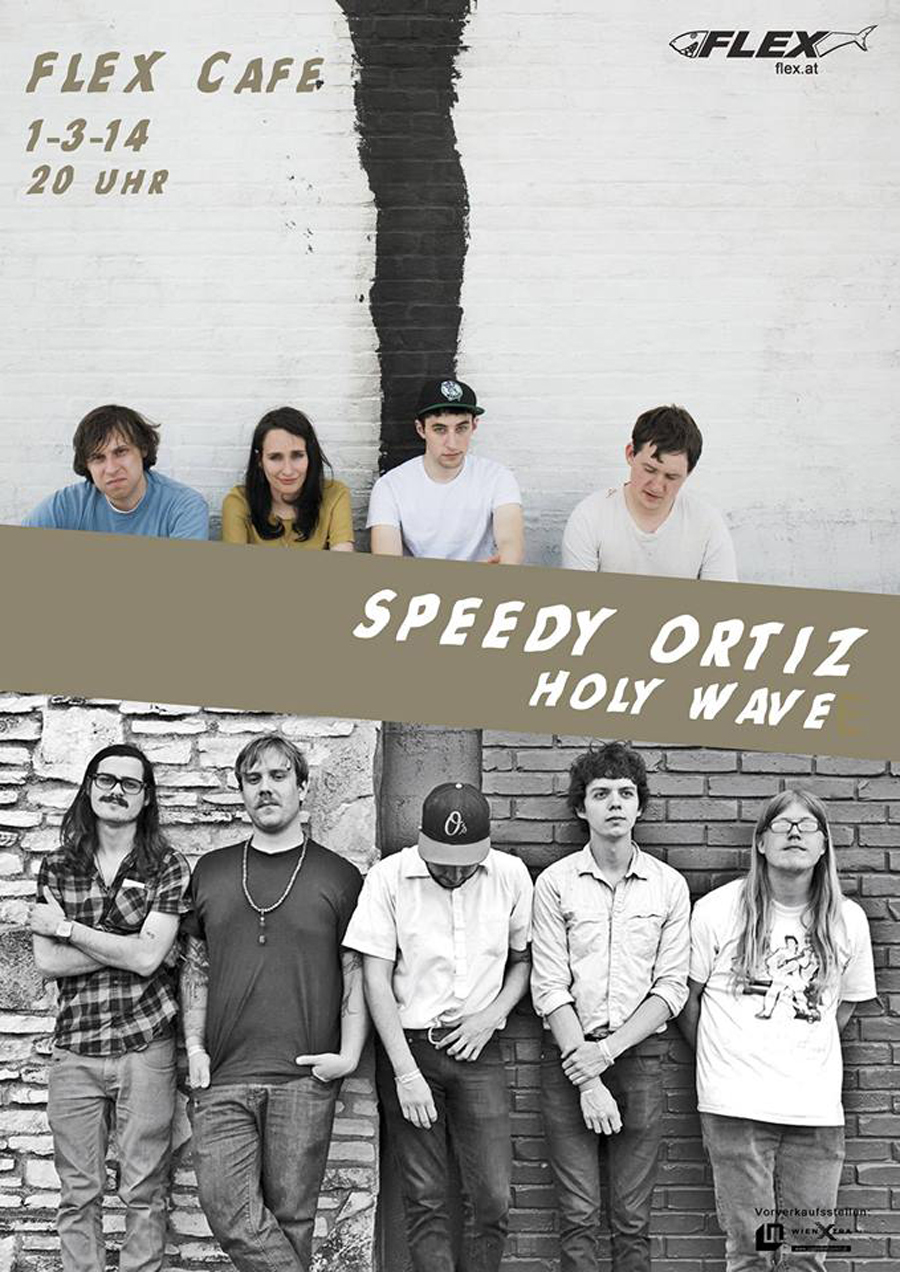 Speedy Ortiz will be ending their European tour with a gig in Vienna’s Flex on Saturday night (01.03). It promises to be a sweaty, loud and intimate affair with the band being supported by the equally enticing Holy Wave. The band  managed to find a bit of time to tell us about their European tour, searching for Van Damme and Whisky Ginger in a can.

If you wanted to you could spend your whole night in Flex as Fanfarlo play the main room as well.

This is a band which we had sketched out for our SiM scouting tour of New York later this year, but it just so happens that White Fang are in Vienna on Monday! The Portland band commence day 3 of the “European in the bed” tour in Ventser99. The band describe themselves as “four freebirds high on life, doing the things we wanna do, we’ll get as high as we fucking please, fuck it”… another perfect band description in our opinion.

If you think we have missed anything or want to tell us about your band/event/party/Falco tribute night then send us an email at substanceismeaningless@gmail.com or on Facebook