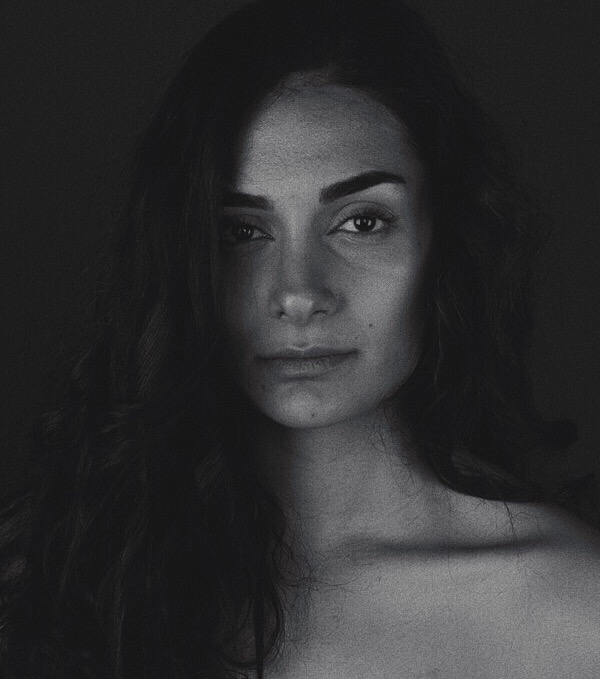 “I’m talking about painful heartbreak, losing close ones to mental illness and the hopelessness in watching the world splitting up in silos” – Mona

Mona dropped out of engineering school to make music, and based on her debut EP, Au, she made the right choice. Her music really got deep under our skin when we listened to it, so we decided to catch up with the Swedish producer and songwriter to find out a little bit more about her, her music and life as a musician in Sweden.

SIM: You’re a relatively new artist, tell us why you think people should listen to your music?

MONA: I put a lot of effort into making each and every detail in my music genuine, which I think (and hope) that people hear and feel. Actually, the core of everything I do is feelings, for me, a song can be catchy and well-made but if I don’t feel anything, I don’t see the point of listening to it any further. My biggest goal is to make people feel real emotions while listening to my songs and that they experience something new and unique while doing so.

You dropped out of engineering school to make music, how difficult of a decision was that to make?

It was both so, so hard, but at the same time, the decision felt so obvious. From the minute I paused music to fully focus on my studies, I immediately felt an emptiness growing inside of me I couldn’t address or wanted to admit. I tried everything, but after a few years, I realized that only music can make me feel fulfilled. Even if it sounds like a cliché, it’s 100% true. At first, it was hard to convince my parents that it was a good idea (they hated my decision) which made me feel bad, but when they understood how much it meant to me and that I actually create something unique, they gave me their full support.

What’s the inspiration behind your music?

My inspiration is always real emotions, whether they’re born from my own experiences or other people’s stories. If I don’t feel it when writing, no one will probably feel it when listening to it. You can’t really fake it. When writing my first EP, the things that were going on in my life at that moment, kind of turned into those songs. Music is always a place where I can vent, which was the case with “Au”, where I’m talking about a painful heartbreak, losing a close one to mental illness and the hopelessness in watching the world splitting up in silos.

Why did you name your EP after gold?

This EP came to life by me getting older and more experienced, starting to question certain things in my life. I felt that parts of my life – both relationships with lovers and friends, but also norms that I’ve always taken for granted – were slowly fading. Since gold has historically been a symbol for things that are perfect and divine, but also for aging and wisdom, I decided I could use it in two ways to express the “golden” things that are fading but also where I am as a more mature and independent woman.

“You can’t really fake it”

What’s the most golden thing you own? Are you a fan of bling?

Haha yes, I always wear heavy gold chains! Not! I’m a very simple person, I don’t like owning much. My apartment is like a shoe box, it’s so small I can literally only fit the most necessary things in it. I guess my computer is the most “bling” thing I own if that counts? It’s basically my everything!

What do you like to do when you’re not making music?

I love running and have actually recently signed up to do my very first half marathon in May. I’m very nervous but excited. Otherwise, if I don’t do music, I’m with my family and friends. I try to be with my niece and my nephew as much as I can. They’re 5 and 1,5 years old and I feel that it’s very important for them to have their aunt close to them while growing up, and also they give me so much love, energy and inspiration.

Sweden has an extremely good reputation for music and there are countless artists that have broken through to the mainstream. Why is that, do you think?

This is a really good one. I’ve been thinking about this a lot and I think that there are a couple of factors. First of all, we have free music education both in school but also outside of school that anyone can sign up for from a very early age. I myself, for example, played the violin from the age of 7 until I was 15 and then I wanted to try the piano and basically just signed up for it, which is amazing.

The other major thing is that we have some really early huge role models such as ABBA and the old Cheiron crew. I believe that local role models do a lot for a whole society. If kids get to grow up in a mentality where everything is possible and at the same time being able to study for free, they have a huge advantage when working towards their goals.

Thirdly, maybe that it’s so cold you can’t really leave the house, so you’ll just end up writing and producing a bunch of songs 😉 Focus is key!

Are there any Swedish acts we should know about right now?

She’s not new to the scene, but Seinabo Sey is a goddess. For me, she has it all. The songs are brilliant, her voice is just breathtaking, she is such a warm and genuine person and her live performances are simply amazing. Furthermore, I think that Snoh Alegra should get more attention, cause her voice and her style is so cool and has a raw and nostalgic soul feel to it. Lastly, a close friend of mine, Thea, has a project called Becky and The Birds that just released a brilliant single. Check them all out.

What’s your favourite thing about living in Sweden? How much of an influence does the Swedish culture have on your music?

Sweden is such a safe and high-quality country. I’ve been travelling a lot, all over the world and even if I fall in love with different places, I always end up missing Sweden. My absolute favourite thing about Sweden is that it’s clean, safe, well-functioning and efficient. You can’t generalize the whole country of course, since different cities differ from each other. But generally, by having a system with taxes covering free healthcare, education, cleaner and more efficient city infrastructures etc, the country ends up being more healthy and enlightened overall.

Another Swedish question, I have been to Sweden a few times and I was in Stockholm for Christmas, why do Swedish people have such good dress sense?

Haha, I also ask that question over and over again. I’m not completely sure, but we do have many textile and fashion companies in Sweden that have been around for a long time. I come from a small town called Borås, where we have one of the most famous textile schools in Europe. We also have some innovative and successful fashion companies in Sweden such as Acne, Tiger, Eton etc.

What track do you currently have on repeat at the moment?

I’m currently in a cozy-indie-music-mode right now. I tend to go there during the winters. So, the track I have on repeat right now is “Chateau” with Angus & Julia Stone. It makes my heart warm during cold winter nights in Stockholm.

DISCOVER MONA and listen to her debut EP below